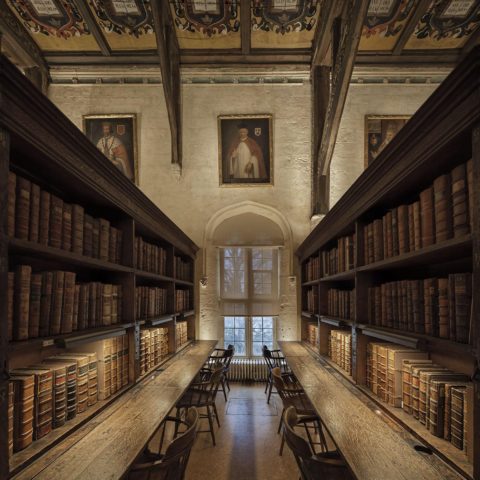 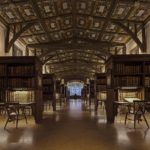 Bodleian Library in Oxford University is one of the oldest libraries in Europe. It has parts dating back to 1487 and is the main research library. It holds over 12 million items and occupies five buildings. Its famous interior featured as the Hogwarts library in the Harry Potter films.

As experts when it comes to smart building solutions, Holders Technology know that Casambi products, which offer a truly wireless lighting control solution, are the only way to go when a 500-year-old building has to be respected but updated to be functional. Casambi’s CBU-ASD was small enough to fit into the refurbishment design, so no customization had to be done. The library’s 170 luminaires are separated to 2 different networks and the staff of the library controls the lighting via Xpress switches. Xpress is used to recall scenes and to turn off the lighting when the library is closed. A “fade to zero” functionality has been implemented for the staff of the library to exit before the lights are completely turned off.

One problem that occurred on site was that some of the power supplies were told to be “DALI compatible” but were not relaying a logarithmic dimming curve as the DALI standard would require. Luckily the dimming curve for Casambi’s CBU-ASD can be modified, so a rewrite of the fixture ID by Holders Technology to accommodate their ‘linear only’ type command was done. In addition, all hardware and commissioning was provided by Holders Technology.